Vinod Yadav considered Nirhua as a role model Full Question and Answer: Gunda Hero Vinod Yadav used to sell tea in the morning and used to run coaching classes in the evening, this is how Bhojpuri stars became

Acting is not the property of anyone … This thing proved once again. This time the example has been made by Vinod Yadav, the new star of Bhojpuri cinema. Vinod Yadav has entered the industry with the Bhojpuri film Gunda. The film stars Vinod opposite superstar actress Anjana Singh.

Acting is not the property of anyone This thing proved once again. This time the example has been made by Vinod Yadav, the new star of Bhojpuri cinema. Vinod Yadav has entered the industry with the Bhojpuri film Gunda. The film stars Vinod opposite superstar actress Anjana Singh. The movie Gunda is getting good response from the audience in the theater. Talking to Hindi Rush.com, Vinod Yadav told which house he is from and how to reach Bhojpuri film. Let’s read Vinod Yadav’s interview. Question – The audience is liking Gunda film and your acting. How are you feeling?

Vinod Yadav – Looks great. But now I have taken admission in the first class. I still have a lot to learn. I am wholeheartedly grateful for the love I received. Question – How was the experience of working with Anjana Singh?

Vinod Yadav – I have learned a lot from him. Though I used to get into a fight with him on the shooting sets many times but he has handled me a lot.

Question – How did you come to this industry?

Vinod Yadav – I was from poor house. But he was clever in studies. Coaching in the morning and selling tea in the evening. I have worked so hard that today I have my own college. Acting is my passion an

d education is my business. Vinod Yadav – See, it is like there is no Rai in Bhojpuri industry and neither Pahadi, Khesari, Nirhua and Pawan Singh are all big stars. I have just started He has taken the industry forward and I will also ride it.

Question: How did it come to the film world from a small place, while the father is a farmer?

Vinod Yadav: Childhood was spent in Tanghali. Father is a farmer. But since childhood, I wanted to come to films. I loved acting. This is the reason why I decided to make my career in films. I worked very hard for this. Self acting. I got the result from Sikander Khan Production House of Sikandar Khan. Although I tried before too, I did not like the character being offered. My thinking has been from the beginning that I will work in the film in which I get the lead role.

Q: How was the experience of working with industry veteran Gunjan Pant, Anjana Singh and veteran director Iqbal Baksh in the first film?

Vinod Yadav: Both Gunjan Pant and Anjana Singh are very good actors. On the first day, I was very scared how my scene would be done with him. Stayed away from them even the next day, only used to talk about work. But on the third day I thought that the whole film had to be done with him. So I gathered my courage and talked to him. Both of them supported me a lot during the entire film. At the same time, Iqbal Baksh made me a hero from zero. In short retake, he got a new artist like me to film. I learned a lot from the entire unit of the film and I also got their support. In the film, Sikander Khan is an extremely praiseworthy actor.

Question: There was no fear that Bhojpuri is obsessed with obscenity. How can this affect your career?

Vinod Yadav: Not at all, Bhojpuri is mother tongue. Today Bhojpuri cinema has made its place in the world. It is true that some people used Bhojpuri wrongly to get fame in a short time. But now it is not so. Everyone should respect their language culture.

Question: Who are your role models in Bhojpuri?

Vinod Yadav: My role model is Dineshlal Yadav Nirhua. One of his songs impressed me greatly, which has given me the passion to make my dreams come true. Apart from this, a lot has been learned from actors like Ravi Kishan, Manoj Tiwari. Now I will work to further their cultivation.

Question: Who else are doing films after the film ‘Gunda’ and what is the scale of your film selection?

Vinod Yadav: I have two more films lined up after the film ‘Gunda’, which will start after Holi. As far as my film selection is concerned, in future I will replace the youth oriented entertainment film. So that youth entertainers go out of theaters with a positive message from theaters. 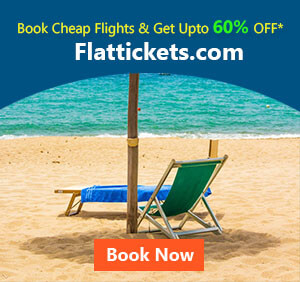